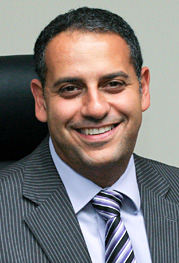 Dr. Jacques Toueg is an orthopedic surgeon and director of Montreal Institute for Special Surgery.

Dr. Jacques Toueg specializes in sports medicine and arthroscopic shoulder and knee surgery. He is the chief medical officer of la coupe Rogers’s Cup and the national tennis training center in Montreal. Dr. Toueg has treated numerous athletes of national teams, as well as a number of players of the National Hockey League (NHL), the Major Junior Hockey League of Quebec, the Canadian League of Football, and Professional Boxing Team. Since 2010, he co-hosts the program The Doctors, a magazine specializing in health and broadcasted on Radio-Canada.